Can garbage be used as an eco-material to construct a house? That’s the intriguing premise behind the recently-completed Waste House project, which is believed by those involved to be the first permanent British building built almost solely from waste and recycled materials. Constructed at the University of Brighton’s Grand Parade campus, the Waste House is an ongoing experiment which aims to prove, in the organizer’s own words, that “there is no such thing as waste, just stuff in the wrong place.” 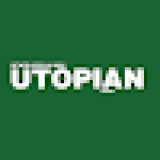